There is something about me that you should know.

I…am not a great nor even a good cook. I just cook…to save my life.

Whenever I hear my tummy grumble, I scrounge around our kitchen to find something edible but if all else fails, I TRY to make come up with something to appease the godless stomach of mine.

So one sunny afternoon, I decided to recycle some pasta and hunted for that mini-jar of cheese spread and put together: THE LAZY GIRL’S MAC ‘N CHEESE!

Ah. It is enough to appease the warring deity in my tummy!

The bits of ribbon and washi tape are not exactly yummy but hey, that’s how I imagine my place when I dug into that mini-tub of mac ‘n cheese!

Last Saturday, I attended the Rubbercut Stamping Crafternoon with Mansy (of Hey Kessy, and yes, I’m a fan girl) and Alessa (of Life After Breakfast, and yes, I raise my right hand and pledge of my fandomness). I saw 2 friends (calling Tippy and Lisane, you’ve been identified) and strangers during the said crafternoon. As my friend observed, the local crafting scene is looking bright nowadays as more people (yuppies and students) find relaxation in doing something….craft-y! Of course, more local artists are opening their doors in holding seminars cleverly dubbed as crafternoons.

Since I have zero talent in doing crafts (but hey, I tried really really hard so that’s gonna count for something!), I focused my energy instead in taking photos of what we ate during the crafternoon/garden party. The snacks are from Pipino Vegetarian, a vegetarian-centric restaurant owned by none other than our host, Alessa. I, for one, am not big on vegetables but I do eat salads once in a blue moon. I consider potatoes and taro as my favorite veggies aside from squash (pampalinaw ng mata!). But enough of my picky eating habits and on to the photos!

Served on each plate are the following yummy vegetarian food by Pipino:

For starters, we had the saucy Mushroom Salpicao. At first glance, I was fooled into thinking that there is meat in the food. *major facepalm* The garlicky taste went well with the soft and juicy mushroom, so good that I always forget that this is a vegetarian food! I’m not a fan of garlic but for first-timers, this is an awesome starter.

My boyfriend drooled over this one, completely unaware that what he was seeing are mushrooms and not, I repeat, not meat slices.

For salad, we were served with Wicked Walnut. On it were mixed greens, candied walnuts, cherry tomatoes, and walnut parmesan cheese. All of these were sprinkled with Dalandan Balsamic. When I heard candied walnuts, I immediately tuned out and imagined myself gorging on those lovely candied nuts. I was not disappointed with this salad simply because it has walnuts in it. And cherry tomatoes. And those amazing walnut parmesan cheese. Again, walnuts. The Dalandan Balsamic, of course, gave the mixed organic greens an extra hurrah after they were completely swallowed and digested.

Ah. Those candied walnuts. I’m a fan, you know?

Finally, we had the Low-Fat & Cheese-less Vegan Lasagna, perfect for those who want to be healthy and sexy! Sandwiched between layers of the chewy lasagna are eggplant, zucchini (pipinooo!), and silken tofu ricotta. The red sauce was a huge surprise and success to me because 1) I was able to eat a plateful of veggies and 2) I finished them with gusto! It was fun identifying the vegetables in my plate since, you know, I’m 80% carnivore and 20% coffee. The chewiness of the lasagna and the yumminess of the red sauced-veggies was a perfect combination for this pasta.

To finish off the meal, we were served with itty-bitty cupcakes. These are the mini green tea cupcakes, which I sparingly ate because I wanted to savor the sweetness of the icing and the nuttiness of the cupcake. It tasted like banana so I immediately replied: banana! I was wrong, so wrong. Shame on me! But, I must say this in all caps: BITIN!

So that’s why the icing was green because it’s a green tea cupcake!

You know how road trips would always lead you to your adventures and misadventures alike? So if you really want to go on a roadtrip in Laguna, why don’t you see the famous Seven Lakes? Drive around to the next town and discover the falls of Pagsanjan, or the footwear-making capital of Laguna which is in Liliw? And if you get hungry, why don’t you visit Si Christina Gateau Sans Rival in San Pablo, Laguna?

You can read about the review here.

And now, the food shots:

The bowl of nachos: most awesome for sharing!

I do hope I made you hungry with this post. Omnomnom!

I have never been to wedding expos since I’m not likely to get hitched anytime soon, although I have been fascinated with the whole wedding preps and its accumulating stress. *wink wink* When Ms. Tonette of Sophie’s Mom invited me to take some photos of their booth setup at the Wedding Expo in NBC Tent, I happily grabbed the opportunity to take a peek at different wedding suppliers.

Aside from their scrumptious cupcakes and tasty pastries, Sophie’s Mom is now venturing in to dessert table set-ups for events, such as wedding, debuts, anniversaries, birthdays, among others. The team from Sophie’s Mom will assemble the tables, props, and of course, the goodies!

During the expo, here’s a sneak preview of what Sophie’s Mom could do for you on your special day (hint: this was a French-inspired theme):

A cute, vintage bike perfect for that happy, sappy vibe during your special day.

That sumptuous wedding cake, too good to be cut up!

A 2-tiered cake with plateful of cupcakes, all for that memorable day.

Collage of the table set-up.

If you want a fancy dessert table set-up for your special day, you may contact Sophie’s Mom through email (sophiesmom75@yahoo.com) or via Facebook (https://www.facebook.com/sophiesmomonline).

…Make something cute for the party! PS. These tapes came from HeyKessy.com. Here’s zeh website (just in case you want some washi lovin’).

Ground chicken and sliced bacon bits in a creamy white sauce atop linguine.

This pasta was a mish-mash of various recipes from different people. The ground chicken and sliced bacon were from a friend while the idea of adding a bit of mayo in the sauce was from my sister. Combined with cream and milk, this easy-to-cook pasta sauce is oozing with heavenly creaminess.

The English word “wine” comes from the Proto-Germanic “winam,” an early borrowing   from the Latin vinum, “wine” or “(grape) vine”, itself derived from the Proto-Indo-European stem. [wikipedia]

Usually offered as an icebreaker during events, wine can also be used as an ingredient in various European- and Mediterranean-style cuisines. 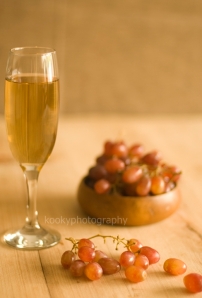 Ever heard of the Latin phrase, “in vino veritas?” This translates to “in wine (there is the) truth” and most applicable during those times we are heavily drunk that we tend to blabber on our darkest, deepest secrets.

So the next time you take a glass of wine, be careful. That might be a powerful truth serum. *wink wink*

As presented are some of the shots we did during our 2-day food photography seminar. Composition is important and so is proper lighting. It’s amazing how a wide window could drastically improve one’s setup.

Here are the solo shots: 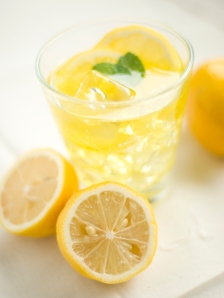 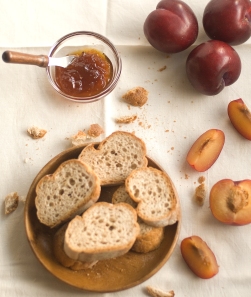 Welcome to me! Hopefully, this will be my new home for all the quirky stuff I do with food + photography. Everything is still a work in progress so bear with me should you come across something, say, despicable. Any feedback is welcome as I believe this will help me become a better food photographer (just don’t involve my family in your bashing else I will hunt you down. I will.) someday…some place.

So yay to me and my new home. I hope you will find something worthy to share in your social networking sites.

This is where the fun begins...

The latest news on WordPress.com and the WordPress community.